UA
+38 (044) 2021319
Mon - Fri: 9.00 - 18.00
Main > City News > A football field with artificial turf will be arranged on the territory of the school № 236
City News
23
SEP
Vitaliy Klitschko held an online meeting with EBRD experts and the ATKINS consulting team
14
SEP
Kyiv City Investment Forum-2021: the time has come for the creative transformation of Greater Kyiv
10
SEP
Kyiv and Krakow have shown the effectiveness of long-term partnership
10
SEP
Kyiv and Baku signed a Memorandum of Twinning between the cities
10
SEP
Vitaliy Klitschko opened the Kyiv Investment Forum-2021
09
SEP
Kyiv signed an agreement on cooperation with the capital of Montenegro, Podgorica sister-city
08
SEP
More than 30 speakers from 14 countries: Investment Forum of Kyiv Cities - 2021 brings together the best
02
SEP
Vitaliy Klitschko: We will allocate 140 million euros for the modernization of the capital's heat and power complex
View all 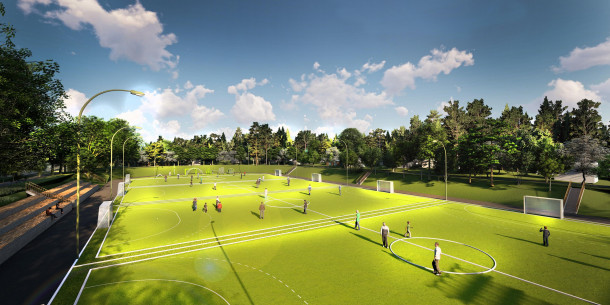 The investor will be attracted for the arrangement of a football field with an artificial covering on the territory of the I-III degree school № 236 on 144 Akademika Zabolotnyho street in Holosiivskyi district. This is stated in the order of the Kyiv City State Administration № 1268.

The preparation of the terms and conditions of the investment tender is entrusted to the Department of Economics and Investments of the Kyiv City State Administration. The Kyiv Investment Agency will develop indicative technical and economic indicators and pre-design proposals. The customer of the project implementation is the Department of Education of Holosiivskyi District State Administration.

Arrangement of the project implementation area will take place without the removal of greenery. Transport and pedestrian access will be provided through internal passages and driveways from Akademika Zabolotnoho Street.

The announcement for participation in the tender will be published on the Official Portal of Kyiv (www.kyivcity.gov.ua) and in the "Khreschatyk. Kyiv" newspaper.

It will be recalled that a similar project has already been implemented on the territory of Holosiivskyi Lyceum № 241 on the 12 Holosiivska street in Holosiivskyi district.