UA
+38 (044) 2021319
Mon - Fri: 9.00 - 18.00
Main > City News > Kyiv ranked sixth in the investment performance rating of the Foreign Direct Investment Magazine - Mykola Povoroznyk
City News
20
FEB
Kyiv's investment opportunities are going to be presented at global economic and investment venues in 2020
18
FEB
The selection of candidates to receive the Dubai International Best Practices Award for Sustainable Development has begun
12
FEB
​A sports grounds will be arranged in Sputnik park in Kyiv
11
FEB
Preparations for Kyiv`s Investment Forum-2020 have begun
28
JAN
The winner of the investment competition for the area of active entertainment in the Victory Park has been determined
21
JAN
Yuriy Nazarov: "In four years Kyiv has succeed in becoming one among 100 most intelligent cities in the world"
09
JAN
Kyiv prepares for participation in the International Real Estate Exhibition "MIPIM-2020"
20
DEC
Kyiv has decided on its own smart specialization
View all 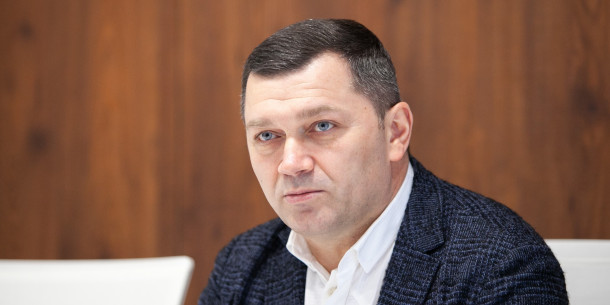 In terms of the profitability of investments in terms of the efficiency of the attracted resources, Kyiv entered the top ten European cities. Such data, as the result of the investment return rating, was collected and published by the Foreign Direct Investment Magazine, which is the part of the Financial Times group. This was announced by the first deputy chairman of the KCSA Mykola Povoroznyk.

According to him, the city of Vilnius (Lithuania) has headed the ranking, where the Go Vilnius investment agency has been operating since 2006. In October 2018, the American Internet giant Google opened an office in the Lithuanian capital and founded a subsidiary company. In February 2018, the Denmark’s Danske Bank opened an IT service center, creating 800 jobs. The second place has been occupied by Madrid with most public-private partnership investment projects, which is quite actively supported by the Spanish government. The agency with foreign investors currently employs six staff members for 86 projects, which in fact allowed the Spanish capital to rank first with the profitability of investment in staff, ahead of the Dublin Irish capital, in which the investment promotion office employs 11 employees in 123 projects. The largest of them is the opening of the new EMEA sales center of the American software giant Microsoft with 500 jobs.

"Metropolitan Municipal Enterprise" Kyiv Investment Agency ", subordinated to the Department of Economics and Investments of the KCSA, in 2017 and 2018 attracted UAH 1.1 billion of investment funds. At the moment, 30 KIA employees are working on the implementation of 58 projects, including the construction of medical centers, kindergartens, schools and objects of transport infrastructure ", - said Mykola Povoroznyk.

Note that also the TOP-10 rating included the administrative center of Autonomous Province of Vojvodina (Republic of Serbia), Newcastle-upon-Tyne in the UK, the Polish city of Poznan and the city of Plovdiv (Bulgaria).