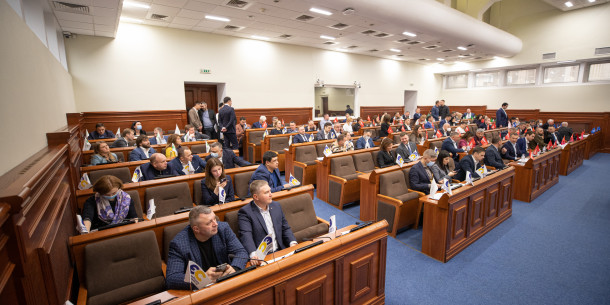 Deputies of the Kyiv City Council decided to start preparations for the implementation of an investment project for the reconstruction of the buildings of the municipal non-profit enterprise "Alexandrivska Clinical Hospital of Kyiv" with the construction of parking on the 39/1 Shovkovychna Street in the Pecherskyi district. 62 deputies voted for the corresponding decision.

The decision is the consent of the Kyiv City Council to prepare for the investment project and, first of all, provides for the hospital's permission to reconstruct buildings/structures that belong to the communal property of the territorial community of Kyiv.

The investor will be selected through the investment tender procedure. Its obligations will be determined at the stage of formulating proposals to the terms and conditions of the relevant investment tender based on the financial and economic model of the project. Proposals in the prescribed manner will be considered at a meeting of the permanent tender commission to attract investors.

The draft decision was approved by the standing commissions of the Kyiv City Council.