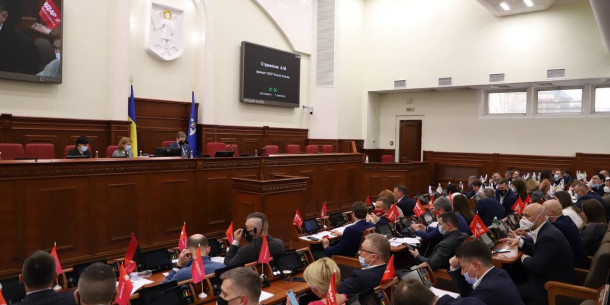 The Kyiv City Council has approved the demolition of an obsolete communal building at 10 Suzdalska Street in Solomyanskyi district, which makes it possible to prepare for a tender to attract an investor to build a secondary school at this address for 640 students. The corresponding decision was supported by 62 deputies. This was reported by the Department of Economics and Investment of the Kyiv City State Administration.

These are school buildings, which are assigned to the Department of Education of the Solomyansk District State Administration and have not been operated since 1996. According to the survey reports, the technical condition of the training and production workshops and the school building was considered unsatisfactory. Thus, according to the pre-project proposals, the new school will have 4 floors and will provide an opportunity to study in modern comfortable conditions for 640 metropolitan students.

According to the decision, the demolition of communal property of the territorial community of Kyiv is possible only after determining the winner of the investment tender, concluding an investment agreement with him, and reimbursing the investor for the value of these buildings and structures.

This is an important project for the city, as its implementation will help in partially resolving the issue of providing student places in the district's schools. As a result of the active development of the surrounding neighborhoods, residents may need additional educational institutions in a few years, the Department said.

By the way, the Kyiv City Development Strategy until 2025 for the Education sector envisages an increase in the share of private CEEs in the total number of Kyiv CEEs from 10% in 2015 to 15% in 2025.