UA
+38 (044) 2021319
Mon - Fri: 9.00 - 18.00
Main > City News > Kyiv has chosen the investor for the implementation of the bike-sharing network
City News
10
MAR
Metropolitan Hi-Tech Enterprises and Innovative Organizations are Invited to Participate in Student Republic
05
MAR
"Kyiv is the undisputed leader in investment and foreign economic activity in Ukraine" - Volodymyr Slonchak
02
MAR
Investment tender to be held in the park on the Dnieper embankment
20
FEB
Kyiv's investment opportunities are going to be presented at global economic and investment venues in 2020
18
FEB
The selection of candidates to receive the Dubai International Best Practices Award for Sustainable Development has begun
12
FEB
​A sports grounds will be arranged in Sputnik park in Kyiv
11
FEB
Preparations for Kyiv`s Investment Forum-2020 have begun
28
JAN
The winner of the investment competition for the area of active entertainment in the Victory Park has been determined
View all 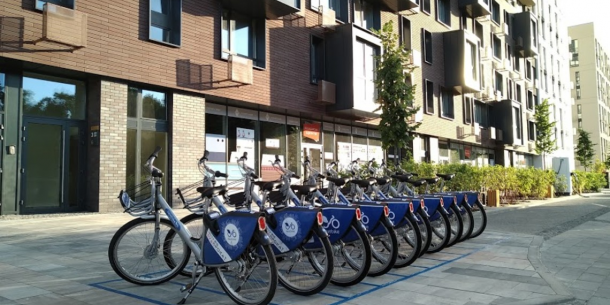 The winner of the investment competition for the creation of a bike-sharing network in Kyiv is determined. It is the Limited Liability Company "NEXTBIKE KYIV". This was announced by the first deputy chairman of the KCSA Mykola Povoroznyk.

The placement of bicycles will already be standard for Kyiv residents and guests of the capital - the application of blue markings on asphalt. Creating additional designs will not be needed. This service is popular with Kyiv residents and guests of the city. For example, over the past year, it was used 9,284 times. In general, users through the service last year drove about 35 thousand kilometers by bike. The number of registrations from last year has increased from 18,642 to 25,500 people. From April 9, 2019, the service was used more than 6 thousand times. There are currently 32 locations in the capital, which contain 200 bicycles.