UA
+38 (044) 2021319
Mon - Fri: 9.00 - 18.00
Main > City News > Vitaliy Klitschko met with the EBRD delegation
City News
11
JUN
New metro cars for the Kyiv metro are being purchased with an EBRD loan
10
JUN
A rope park will be arranged in Yunist Park
09
JUN
The creative transformation of the capital will be a top theme during Kyiv Investment Forum - 2021
08
JUN
Vitali Klitschko took part in the EBRD annual Green Cities conference
01
JUN
Kyiv Green City Action Plan: A workshop - consultation will take place on June 11
19
MAY
Kyiv City Council deputies supported the start of an investment project on the territory of Kyiv City Clinical Hospital № 14
18
MAY
Kyiv will receive a €70 million loan for projects to modernize the water supply systems
17
MAY
Mykola Povoroznyk: Thanks to cooperation with the EBRD, the Metro bridge will have a large-scale renovation
View all 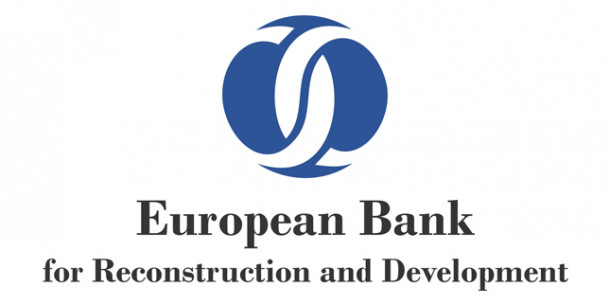 Kyiv Mayor Vitali Klitschko met with a delegation of the European Bank for Reconstruction and Development headed by President Odile Renaud-Basso.

Vitaliy Klitschko thanked the EBRD for its support and systematic cooperation, which has been going on for many years.

"The EBRD is our international partner, which always supports Kyiv in its efforts to develop and implement key infrastructure projects", said the Mayor of Kyiv.

He noted that during this time many important projects have already been implemented. Today, in the framework of cooperation with the European Bank for Reconstruction and Development, the capital is implementing projects to renew the rolling stock of communal enterprises "Kyivpastrans" and "Kyivskiy metropolitan". We are talking about the purchase of new trams and metro cars, complex reconstruction of tram lines and overhaul of the Metro bridge.

"This year we plan to complete the repayment of loans under loan agreements in 2007, which allowed the purchase of 202 new trolleybuses, 185 buses and 50 subway cars", said Vitaliy Klitschko.

According to the Mayor of Kyiv, another large-scale project worth up to 140 million euros is the modernization of the capital’s district heating system, which provides for a comprehensive reconstruction of the equipment of thermal power stations and other critical facilities of the city’s thermal power complex. The EBRD provided a loan to the city under the "Green Cities" program.

One of the key elements of the program is the Action Plan, according to which municipalities systematically assess, prioritize and address the priority environmental issues they face.

Vitaliy Klitschko reported on the progress of the city authorities in this direction.

“So far, we have carried out a technical assessment and identified priority environmental challenges for the city. After discussing them with the expert community and the public, together with consultants, we will proceed directly to the development of the Action Plan", the Mayor emphasized.

For her part, Odile Renaud-Basso, EBRD President, underlined the EBRD's interest in cooperating with the municipality, as Kyiv is the engine of change and transformation in Ukraine. In particular, it was about supporting the reconstruction of road and transport infrastructure and environmental projects.

"We have the same priority areas of cooperation: roads, bridges, transport and environmental infrastructure. We are ready for closer cooperation. And we are ready to continue to provide support and attract investment to contribute to the sustainable development of the city in the face of global challenges", she said.

The EBRD's "Green Cities" Program was created to help partner cities achieve a better and more sustainable future. In particular, so that cities can preserve and improve the state of environmental resources and use them wisely, reduce the impact and adapt to the risks of climate change, and so that the environmental policy of cities helps to improve the well-being of residents. For this purpose, the Bank assists partner cities in developing and implementing the aforementioned Action Plan, attracting green investments and providing technical support to ensure the efficiency of investments in environmental infrastructure.